With the emergence of Amazon Prime and Amazon Flex, shipping options that used to be a luxury, such as same-day shipping or expedited delivery, are now a widely adopted expectation among consumers.

While at face value, these innovations seem to be ingrained in the effort to find more solutions for general shipping and beyond to benefit customers, there are several obstacles, particularly in the context of courier roles, specifically, that leave a lot to be desired.

Today, we are cutting through all of the complicated corporate jargon to illustrate the truth of what it’s really like to be an Amazon courier and how Cantec Couriers presents a better, more respectful and profitable alternative.

How Does Amazon Delivery Treat Their Couriers?

By launching the Amazon Flex program in 2015, an initiative that utilizes on-demand contract couriers and delivery drivers to help with its particularly labour-heavy and expensive hand-delivery solutions, Amazon single-handedly altered the course of customers’ delivery expectations forever.

Put another way, gone are the days where options such as same-day shipping were a sought-after bonus that consumers were ready and willing to pay for.

Now, not only do customers anticipate these alternatives, they are far more likely to abandon entire orders if these flexible shipping solutions aren’t offered.

This desire for accessibility has prompted 59% of Millennials to turn to Amazon and Amazon delivery services as their desired online shopping destination.

In response, over 51% of retailers have pivoted to incorporate same-day delivery into their offerings to stay competitive, with 65% planning to offer it within two years.

In the realm of eCommerce shipping, 49% of shoppers claim that same-day delivery makes them more likely to conduct their purchases via online platforms.

With these statistics in mind, it doesn’t take much to determine that this influx of orders and shorter delivery windows requires the services of dedicated and reliable couriers.

Still, just because Amazon has all of these orders doesn’t necessarily mean that they treat their couriers well!

Couriers are instructed to Drive Recklessly to Meet Delivery Quotas

According to a report from Vice, Amazon delivery companies around the United States are encouraging reckless and dangerous driving habits by instructing drivers to turn off an app called Mentor, a smartphone app created by eDriving.

Drivers state they are being told to shut off the app by their superiors to allow them to speed through their delivery routes and hit Amazon’s desired delivery targets.

It continues that drivers claim their bosses, who own these Delivery Service Partner companies are “demanding” they turn off the app so that couriers can “drive recklessly to hit Amazon quotas without being detected by Mentor and Amazon.”

By getting drivers to switch off Mentor, these companies delivering on behalf of Amazon can push and pressure couriers to work around Amazon’s strict driving rules and subsequently raise stats to increase their revenue.

One of the roots of this issue is embedded in Amazon’s unfair compensation policies for its couriers, which we’ll delve into in more detail later on.

Still, jeopardizing the safety of drivers, and ultimately the lives of pedestrians and fellow drivers is too high a price to expect anyone to pay.

There are Dozens of Intimidation and Retaliation Allegations

Dozens of couriers have claimed that their superiors at Amazon-affiliated courier companies took advantage of them in one way or another.

According to a report from Business Insider, drivers said they “felt powerless” to address issues or conflicts due to fear of retaliation, describing the scenarios they feared as “firings, withholding of wages and denial of work.”

In some cases, management even sent drivers home without a delivery route on days they were scheduled as a form of punishment.

Additionally, some couriers claimed they felt additional pressure to perform speedier deliveries because Amazon was tracking them and could contact their supervisors if something “looked off.”

The company is able to monitor couriers through handheld package scanners known as “rabbits.” These devices allow Amazon to provide tracking updates to customers on an order’s location through a service called Map Tracking.

This feature also means that if a driver isn’t working fast enough, Amazon may notice and contact their superiors.

“Amazon DSP owners usually are very afraid of Amazon,” a courier company manager explained in the report. “Amazon has all the power. They’re the ones that invited you in. They can give you 10 routes. They could give you one route. Or they could say goodbye.”

On top of the unsafe driving pressures and intimidation and retaliation threats, many couriers agree that there are blatant signs of favouritism within these companies.

In fact, according to the Business Insider report, eight drivers across five companies accused their managers of it outright.

Hector Rivera, a former driver for New York-based courier company Thruway Direct, told Business Insider, “If they like you, you’ll get lucky. If they don’t, they will make your life miserable.” He continued, “In the end, they know people need jobs. So if you don’t like it and you leave, they will just replace you with someone else.”

However, these concerns are not unique to this one report. In fact, according to a job review on the popular worldwide employment website, Indeed, one user claimed that “it’s very selective” and that there are “heavy amounts of favouritism.”

They even went on to compare it to “being back at high school again.”

How Much Do You Make as an Amazon Delivery Driver?

With so many employment shortcomings, you would think that the pay would at least offset some of the stress and hardship endured while driving for Amazon.

However, this question isn’t as straightforward to answer as you might think.

Amazon Flex drivers sign up for what’s called a “block” before heading to a fulfillment centre, where they then find out how many packages they’ve been assigned to deliver in that time frame.

According to an article from CNBC, Amazon Flex drivers earn $18 to $25 per hour.

However, couriers are responsible for paying their own vehicle costs, such as gas, tolls and maintenance. According to the report, depending on how long a block takes to deliver, the jobs aren’t always worthwhile for drivers.

According to the previously cited Vice article, some couriers are expected to deliver “upwards of 400 packages a day on gruelling 10-hour shifts.”

Additionally, the number of deliveries varies based on the designated amount of time in the “block.”

For instance, according to reviews on Indeed, drivers state that they deliver anywhere between 60 to 330 packages a day.

This insight is without mentioning the various pay discrepancies, absent overtime pay, missing wages and other common complaints associated with being a courier with Amazon.

In fact, the state of California fined Amazon $6.4 million in 2021 for failing to pay overtime and offer rest breaks to 700 contracted delivery drivers between 2018 and 2020.

On top of that, Amazon delivery drivers in Pennsylvania, Maryland and New Jersey won $1.8 million in unpaid wages.

While we have big ambitions, we are committed to maintaining our small business values.

We realize that the heart and soul of our business and the primary element that drives our prolonged success are the drivers who make our deliveries possible. With this in mind, we want to do everything within our power to ensure that our couriers feel safe, seen, valued and fulfilled.

We offer a strategic model that allows rivers to work on their own time, maintain their schedule and have the flexibility to plan their deliveries around their lives instead of the other way around. In this sense, if you drive with us, you can accept deliveries whenever and for whatever works best for you.

‘Courier’ is in our name for a reason! We know that, without you, our jobs would be a whole lot more difficult. In other words, your success begets our success, so we want to ensure that you have everything you need!

Our perspective on deliveries is that if you do the work, you should reap the rewards. We supply our drivers with an enticing commission model that helps them make money with us and earn more. Additionally, you’re guaranteed a minimum dollar amount per pick-up to ensure that you’re paid what you’re worth.

All this without compromising your health or safety. As we said, at Cantec Couriers, we want to ensure that our drivers are safe. In this way, you’ll never feel as though you’re left on your own. Our best-in-class support system helps you stay safe and protected both on and off the road.

Your safety and well-being are at the top of our list of priorities. We communicate this by offering liability insurance coverage for all drivers, an in-depth vetting process, and live support whenever you need it with our local support team.

We want to make sure that our drivers feel appreciated and taken care of every step of the way with top-of-the-line safety measures, reliable communication and on-time payment methods. Cantec Couriers is changing delivery jobs, and we’re happy to have more members join our family.

If you’re looking to opt into a role that grants flexibility, boosts your earning potential and supplies peace of mind for yourself and loved ones that you’ll be taken care of and put first, Cantec Couriers is for you! 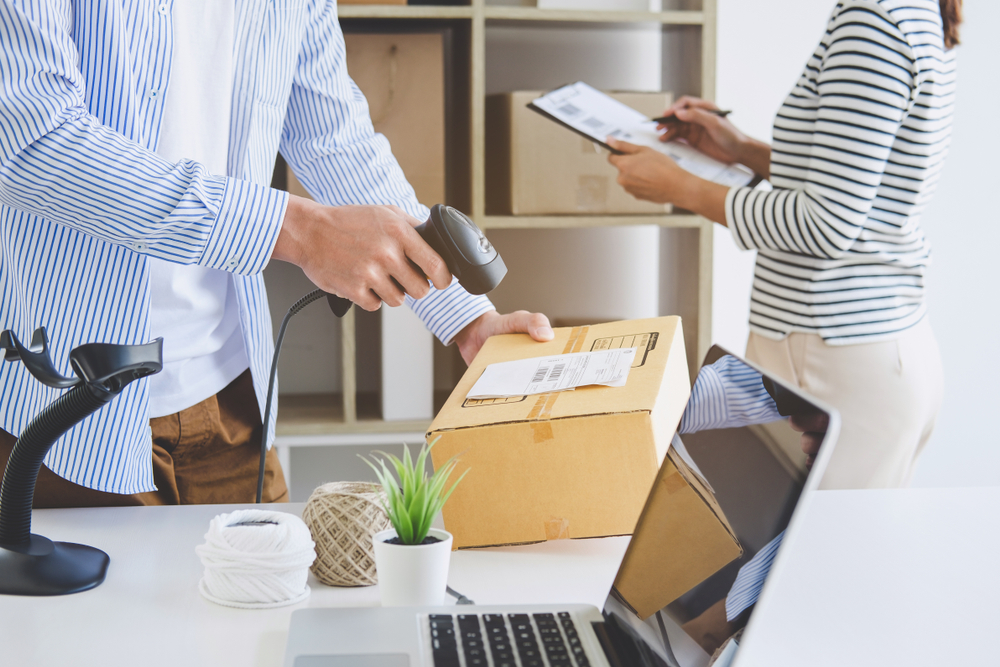 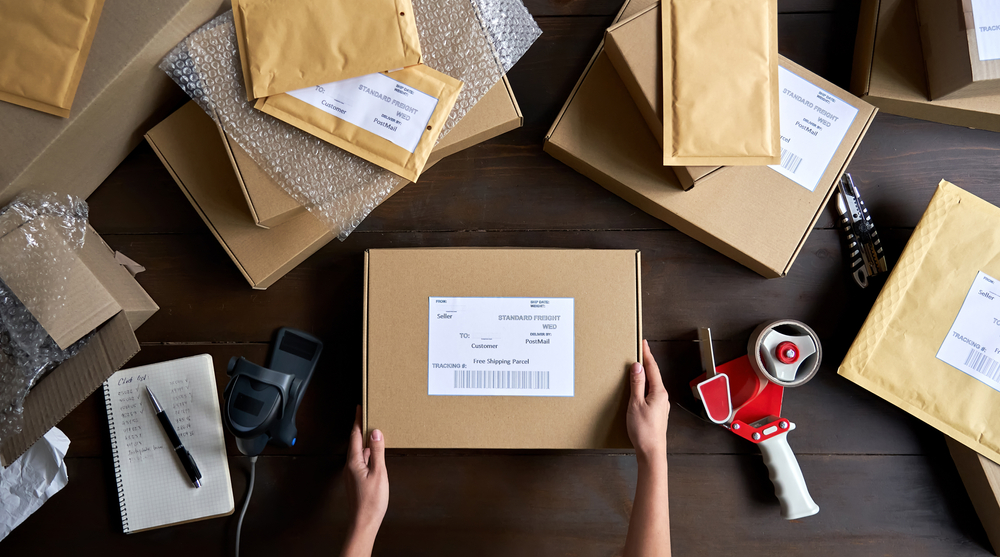